The most important part of any building is the roof. It protects us from rain and snow, it keeps our homes warm in the winter and cool in the summer. But what do we know about roofs?

We don’t think enough about our roofs, but if something goes wrong with them we’re stuck trying to figure out how to fix them on our own or hiring a professional who will charge us an arm and a leg for their services.

What is a Clerestory? A clerestory is a type of roof that has been around for thousands of years as both an architectural feature as well as an engineering solution. In this guide I’ll show you everything you need to know about clerestories so that you can start using them on your next project!

What is a clerestory?

Clerestory is defined as the upper part of a wall, esp. that of an interior side of a building or room, which contains windows to admit light.

Building architects and construction developers use the word “clerestory” for windows placed high in rooms, probably because they can see sunlight shining through if one were standing outside. In this sense, the clerestory is a vertical band of windows.

In medieval churches, clerestories were common in Italy and France, but rare in England. In Gothic cathedrals they became an important feature, and carried their structural load without visible support. The development of the flying buttress from the 12th century led to the insertion of clerestory windows in the nave arcades, greatly increasing the height and brightness of the interior.

A clerestory (or clear storey) is a high section of wall that contains panes of glass to admit light, creating a well-lit space below. Clerestories appear in many modern buildings as well.

Clerestory architecture is widely found in European church buildings from the Romanesque period up through the early Renaissance. The term comes from the Greek words for “light” and “story,” and it was used in churches to describe a high section of wall that contains windows or other openings to admit light into the center of the building, which is often dimly lit.

Clerestory is also the term for the upper level of a wall, especially in medieval buildings. The clerestory level contains windows to allow light into the center of the building so that it doesn’t remain dark and gloomy.

The modern meaning of clerestory describes any windowed section rising above other sections, or a high section of wall containing windows.

What is the function of the clerestory?

Clerestories were a common feature of Romanesque and Gothic churches. They served to admit light, fresh air or both into the church through windows in the upper level walls which rise above other lower levels like naves or aisles within these Christian buildings.

What Are Clerestory Windows?

Clerestory windows are the gold standard for natural light in any space. They’re typically placed right below or above roofline, but they can also grace overhangs alongside floor-to-ceiling glass and skylights to provide ample illumination of your entire house’s interior realm without sacrificing cozy shadows on sunny days when you want them most! 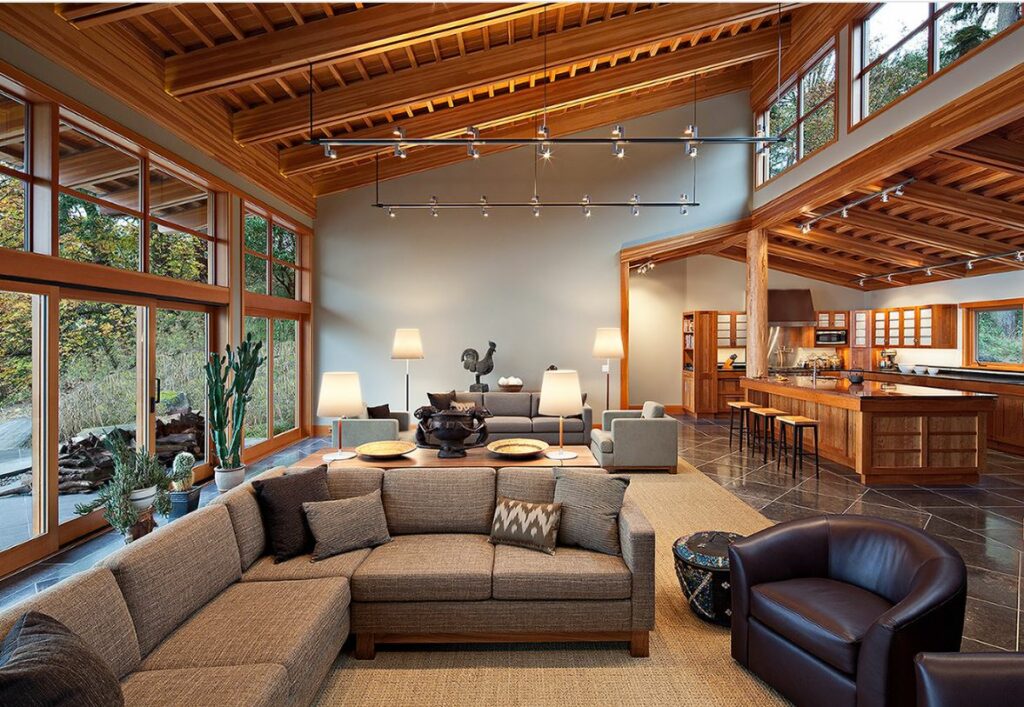 A Brief History of Clerestory Windows

Clerestory windows date all the way back to ancient Egypt where they were used as a means for illumination. Centuries later these thin slits in stone would become standard architectural features of Romanesque churches and Gothic cathedrals that are found on upper levels during turn of the twentieth century, popularized by American architect Frank Lloyd Wright who helped make them more modern homes with simpler designs better suited for late 1800’s early 1900.

Transom windows offer a way to light and ventilate a space without compromising on views. They’re often found in row houses with long, narrow hallways that lack other options for natural ventilation or daylighting because they are too far apart from one another. Transoms can be opened up like regular doors when you need access into your attic crawlspace.

Clerestory windows has many advantages for interior living spaces.

Clerestory windows are the perfect solution for any home looking to add natural light. They  provide the unique ability to brighten up an entire room without compromising privacy.

Clerestory windows are also ideal for homes that need additional ventilation or air circulation during certain seasons of the year. They allow you to bring in fresh air without having to climb onto your roof anytime you want some cool breezes. Clerestory windows also make your home more attractive to potential buyers. They can increase the value of any house by making it appear more spacious, adding ventilation and natural light which means higher resale value in the long run.

Most clerestory windows are placed well above eye level, so they provide just enough privacy from prying neighbors or passersby. However, they can be covered by a screen that rolls down in a pinch when extra privacy is needed.

A home office with clerestory windows will be bright and airy while limiting distractions from the outside world. The natural light makes it feel more welcoming, less like an obligation to work at all hours of day or night!

A Note on Real Estate Investment

Investing in real estate can be a risky venture. There are many things that could go wrong, including financial losses and legal repercussions for any mistakes made along the way.

But there is no need to worry! You’re in good hands with an experienced professional who knows all of these risks well enough not become too intimidated by them or put off from making your dream come true- buying property as part owner !!!

A clerestory is an opening in the roof of a building to let light and air into the interior. The word comes from Latin clara, meaning “clear or bright.” Clerestories were used mainly in medieval churches to provide natural lighting for hallways and chapels. Today they are also often found in office buildings with high ceilings where artificial lights cannot sufficiently illuminate the space during daytime hours.

We hope this post has helped you learn more about what a clerestory is! If you have any questions, please contact us. What architectural feature do your customers notice most when entering your store? Would adding one increase foot traffic? Let’s talk tomorrow on our blog!